I love my dog, probably more than anyone else, but traveling with her can definitely be stressful. Chelsea, who’s a mix between a shar-pei and a pug, gets massive anxiety in the car. Even hearing the word “car” makes her legs start to shake, so you can imagine how apprehensive I was about taking her on a plane for the first time. But there was no way I was going to leave her at home or stick her in a dog kennel, so I began my investigation.

While looking for a dog travel bag, I wanted to make sure that I got more than just an airline approved dog carrier. I wanted to invest in a bag that would be useful on the road as well. My biggest challenge during my research was finding an appropriate dog carrier bag for a dog who’s nearly 30 pounds. Here were the top contenders: 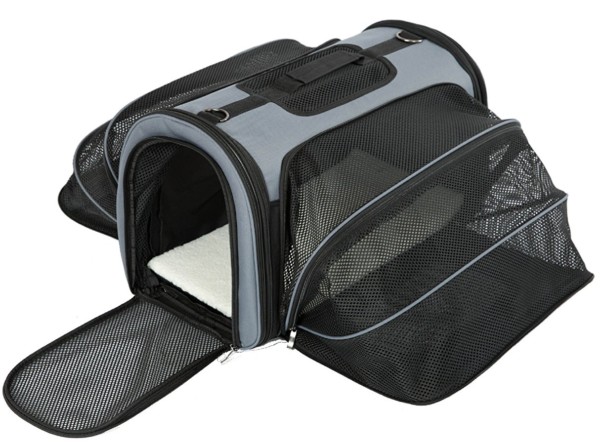 What drew me to this dog travel bag at first was the fact that it was expandable in four directions, and it appears to offer a lot of ventilation. I can picture myself placing this bag near my feet on an airplane and opening up the expandable areas with ease. As I dug deeper, however, I learned that this bag only carries dogs up to 18 pounds. Chelsea is small, but her barrel belly makes her heavier than she looks and this bag just wouldn’t do it for us. 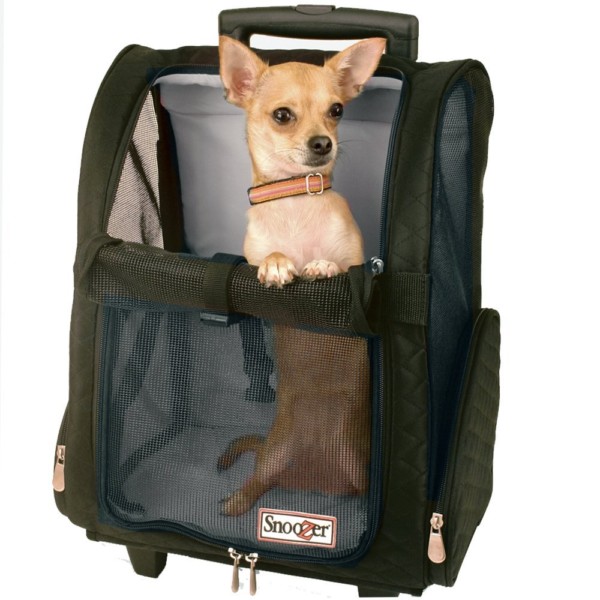 It didn’t take me long to realize that a dog carrier with just a simple strap wasn’t going to work for me and that I needed something with wheels. Aside from not having to carry my 27-pound dog around the airport along with all of my luggage, I liked the open style of the Snoozer Wheel Around Pet Travel Carrier. I felt Chelsea would have less anxiety if she could pop her head up when she wanted to. Plus, all of the zipper compartments would give me a convenient spot to stuff her treats. Ultimately, I decided not to go with this one. I didn’t see how it could be useful when she and I are on the road as it doesn’t convert to a car seat. 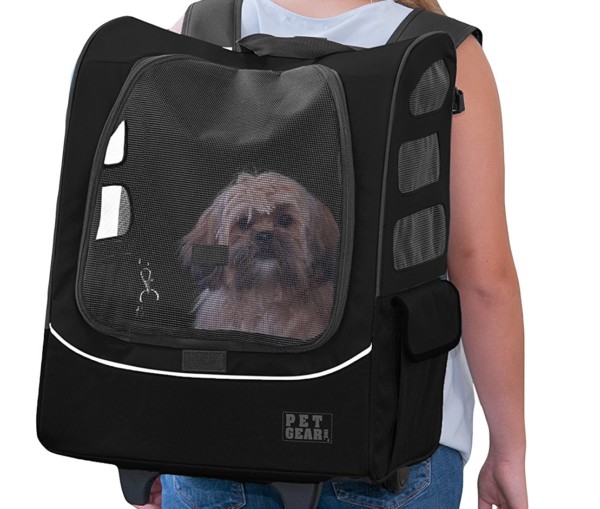 The Pet Gear I-GO2 Roller Backpack Dog Travel Bag was my second choice. It had everything I was looking for as it has wheels which make it great for airports, straps that convert it into a car seat, as well as the ability to put it on like a backpack. I ultimately decided to go a different way because the larger size I would need for Chelsea seemed a bit bulky. It comes in multiple sizes though, and the others were far less cumbersome. 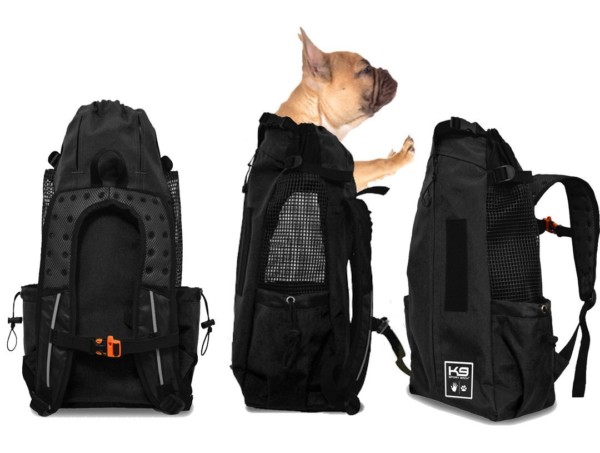 In the end, I chose the K9 Sport Sack AIR dog travel bag, and so far it’s the perfect bag for Chelsea and me! While it doesn’t have wheels, it allows me to follow airline requirements without buying a dog carrier specifically for flying. I can take her hiking with me or on the subway without issue. What really drew me to this particular dog travel bag is the fact that if Chelsea wants to walk through the airport or outside, it still keeps both of my hands available. With a bag on wheels, if she wants to stretch her legs after a long flight, I’d have to drag her carrier behind me along with my luggage, which is hardly ideal. This bag gives me the most versatility, which is exactly what I was aiming for! 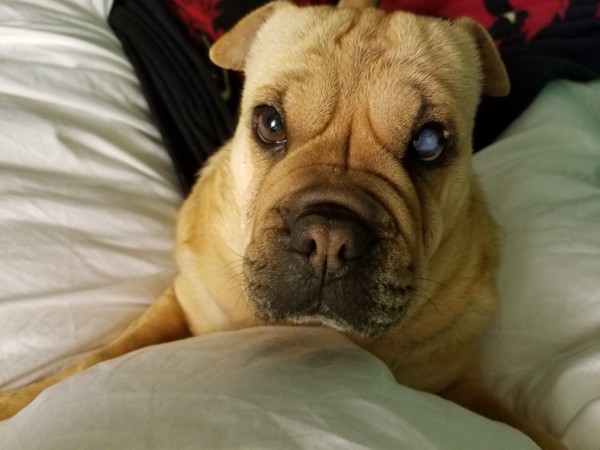 Chelsea loves her new travel bag and can’t wait for our next trip. Follow her at #ChelseaTheSharpug on Instagram for more adorable photos, and see where we’re off to next!

Need help choosing the best carry-on luggage?
Check out these reviews of some of the most popular brands.